About Me: Come with me on a journey, into life, into the site and then, the stars. To begin, I was born and raised in small-town US in the Bible Belt, in a city called Burlington, North Carolina. It was the home of Burlington Industries and Western Electric, both the largest employers in Alamance County at the time and both now defunct due to globalization. Tobacco and textiles were king in those days in that part of God’s Country (as we like to call it). My mom was an accomplished pianist. My dad was teaching as a professor of musicology in the city next to ours, a little town called Elon, where we eventually moved. Music was a big part of my early years. Elon is where I went to university, graduating with an undergrad degree in physics. Good days, those, with many fond memories. But larger life called. 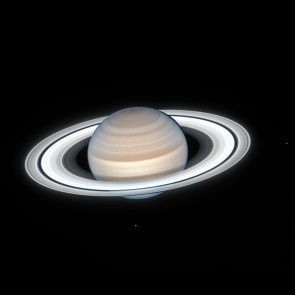 My first exposure to the planets was at age 7, when I first viewed Saturn with its rings through a telescope. It was haunting, and destiny, and it eventually led me into all aspects of science and then to physics. Up through my time at university, I knew nothing about astrology. I came across astrology while doing a summer tour after graduating uni with the cover band I was in. It was serendipity, really. One day on that tour, my eyes landed on a book on astrology in a New Age book store. The title escapes me now, but I was hooked from then on, to the point where I eventually received my certification from The American Federation of Astrologers. About the same time as the book appeared, I had also immersed myself in esoteric studies of all sorts, some of which you will see in the ‘Resources’ section of this site.

Later on, while living in Australia, I was advised by a mentor that it would be a part of my destiny to take up the study of Eastern astrology, hence the ‘Eastern Articles’ pages on this site. I have quite a bit of unpublished material which will eventually be excerpted to those pages. I find the Eastern and Western systems of astrology to be complimentary, while giving a comprehensive overview of one’s life. Although the systems of Eastern astrology might appear simple on the surface, they can get quite involved. There is much more in them than meets the eye. Later, I made the move to Italy, where I currently live in the north with my wife and five dogs. With this little bit of background, let’s go through the sections of the site.

The Front Page: The logo at the top of the page comes from the original site (hat tip to Adam Hicks in Adelaide). You can still access that site from the top menu for now. The ‘Main Sections’ are self-explanatory. I do a monthly newsletter, for which you can subscribe (see bottom of this page), which can be accessed as a web page at the red ‘Leterre’ box (It’s a pic of an old Italian mailbox). The letters come first to subscribers as plain text, either WORD or PDF documents, about two days before the letter will appear at the ‘Latest Letter’ mailbox as a web page. The subscriber letters are accessible at the ‘Subscriber Archives’ box, available for one year. After that, all letters are accessed as web pages from the ‘Western’ and ‘Eastern’ boxes.

There is an associated blog site attached to this site, which focuses solely on current events, with astrological analyses. This is linked at the ‘Event Astrology’ box. That site has been up for a few years now, started at a time when changes in international relations began to take on an accelerated pace. Many of those posts are referenced in the monthly letter. The astrological analyses on the blog site are solely Western, and also are an exploration of midpoint astrology in many instances. 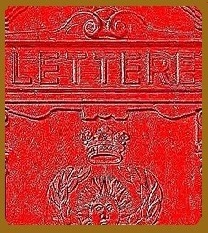 The Letters: The monthly letters are a combination of local news and analysis of various esoteric aspects of the sun-sign for the month, brief analysis of the full moon figure and then world events related to the nations ruled by the sun-sign, along with relevant related events. The format has remained standard pretty much since I started writing them around 20 years ago. If you go back through the archives, once I get them on this site, you will see an evolution in my understanding of how the world works at a mundane level. The monthly letters are based on Western and esoteric astrology. The header at the top of each letter is a collage of the seven visible planetary deities from prints by Jacob Matham (1571 – 1631), rendered by me.

As to the Eastern articles, there is not at present a monthly report, but instead a yearly forecast for the Lunar New Year based in Beijing, with various other related articles. The header for those articles is a collage of some of the 28 lunar mansion deities taken from my photographs of slate plates of the 28 lunar mansions. These were pointed out by a colleague at the Qingyang Gong Temple in Chengdu, China, the latter founded by Lao Tzu during the Tang Dynasty (618 – 907). That finding, too, was serendipitous. The temple was one of the last sites we viewed in Chengdu before going on to tour the monasteries in southern Tibet in 2009. I have not been able to find any images on the net of those stone plates, and for all I know, they have been removed. They were located in a back lot of the temple grounds and we just happened on them, guided by destiny, you might say. 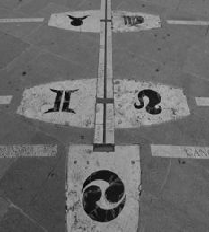 Some of the areas covered: The next section is a very brief description of the types of astrology on which I have been consulted. It will be expanded as the site gets rounded out. Astrology encompasses every aspect of human life. As you can see at the moment, there are many items missing, but coming soon. The most common questions people have for astrologers are about love, money, health and children. But questions regarding the timing of events are also common, as in marriages, business start-ups, signing of contracts, even divorces and legal matters. The pictures for the Western and Eastern boxes were taken by me, with the Eastern rendering also from the Qingyang Gong Temple in Chengdu. The Western astrological signs are from a photo taken in Florence, Italy at the Monumental Sundial at the Galileo Museum. 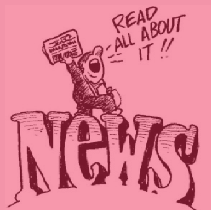 Resources: This section will be gradually expanded. The top row represents more worldly affairs. Most important among those considerations is where we get our news. I do not rely of mainstream news outlets for international news. I go straight to independent and open-source sites for international news, run by people who live in the areas concerned or who are well acquainted with the people and cultures where the events take place. Most Western news outlets are little more than mouthpieces for establishment interests and exhibit little knowledge of foreign cultures, thereby rendering those news sources to be quite biased. However, they are normally reliable for local news, though not always. Most of the time, local, regional news outlets give the most accurate reporting on local events. 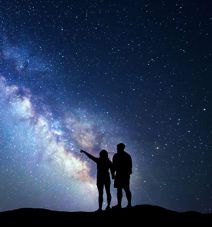 ‘Star lore’ takes you straight to the online posting of Richard Hinckley Allen’s Star Lore book, a classic cross-cultural reference of star lore across cultures and the ages. Other pages will be added as time permits, especially related to specific cultures. These are all of astronomical interest. As for Solar activity’, hardly ever covered in astrology is the activity of the Sun itself. Yet, it is the driving force of our zodiac. Sunspot activity, for instance, has a much greater effect on world affairs than is commonly taken into account in astrology. The NASA eclipse pages give quite a lot of useful information on eclipses, solar, lunar and planetary transits of Mercury and Venus across the Sun. Other info on eclipses will be added as time permits. 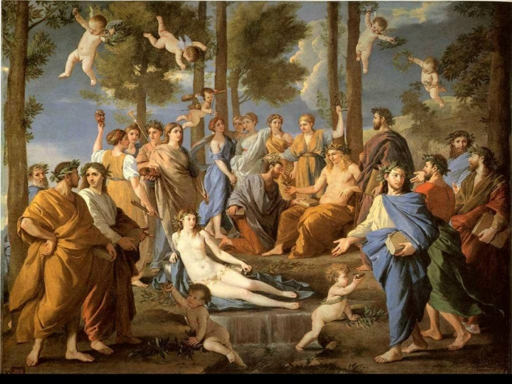 ‘Mythology’ takes you to the best site I have found on Greek mythology, upon which Roman mythology is largely based. Most of the names for the known planets and asteroids come from classical mythology. Since the planetary bodies name themselves, an understanding of the associated myths gives us a much better understanding of how the planets work. Other references will be added shortly.

‘The Minor Planet Center’ is the go-to source for all the astronomical info you will need on the many thousands of planetary bodies in our solar system, including discovery and orbital data. The ‘Ephemeris Generator’ will give you that ephemeris you just cannot find in your astrological program for all the new planets and asteroids being discovered these days, named and unnamed. There will soon be a page with links to other sites of astronomical interest.

The second row in the ‘Resources’ section outlines the core works of the Western esoteric tradition, shown in the middle four boxes. At the start of that row are links to ‘Buddhist resources’, the main page going to the Jonang Foundation. The Jonang tradition in Tibet is the oldest known unbroken lineage of the Kalachakra tantra and the zhentong meditative view, both of which feature strongly in the Western esoteric view. The ‘Berzin archives’ are a very comprehensive resource of Buddhist material. Other resources will be added in due course.

Concerning the last two boxes in the esoteric row, the ‘Temple of the People’ are the source of Teachings of the Temple, a book which gives some missing pieces in the esoteric literature. It is written very much in the style of Blavatsky and Bailey, pictured. The last box takes you to a Wikipedia page with a comprehensive list with links to just about every spiritual tradition you can think of. Those links will at least get you started on a path to a greater understanding of those traditions.

The remainder of the site is fairly self-explanatory. The most recent articles are shown in thumbnail form with links. In the footer section there is a picture of me with a few notes. There, you can search the site, subscribe, make enquiries, make donations (always appreciated!) and go to my social media feeds. I am on the usual platforms – Facebook, Twitter and LinkedIn. I am also just getting started on MeWe and VK. The former is an American site, but is not (at present) heavily monitored and moderated like the aforementioned platforms. The latter is based in Russia, but is pan-European, with other offices in Germany, Turkey and Kazakhstan.

From there, well, you will just have to check back in from time to time, or have a look around each time you receive a letter, if you are a subscriber. I figure it will take at least a year to fill this site out, given my schedule. But I welcome you to come back as often as you like. If there is something you would like to see presented, I would be very pleased if you would let me know. Drop me an enquiry. I will certainly consider any reasonable suggestion related to astrology. You will never see ads or pop-ups on this site. With that, enjoy your journey to the stars!

2014 in L’Alpe di Siusi, fresh from the US and Australia.

If you would like a consultation, go to the ‘Enquiries’ button at right and fill out the form

Comments to newsletters are temporarily closed. If you want to comment, contact me at admin@malvinartley.com or use the ‘Enquiries’ button, at right