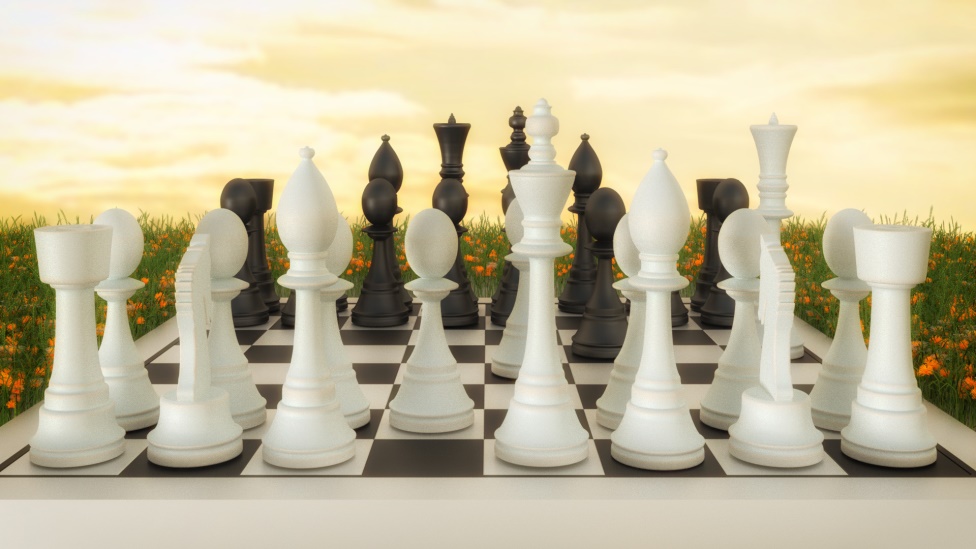 The Esotericism of Chess

From “The Lotus” monthly

When playing chess, I often thought that it was actually the game of life, the “game of the gods”. The moves of the chess pieces are the moves and movements of the forces operating in us, the movements of the elements that make up the seven-tone chord of a human being. It is an ingenious psychological scheme that gives a totality of energy activities. 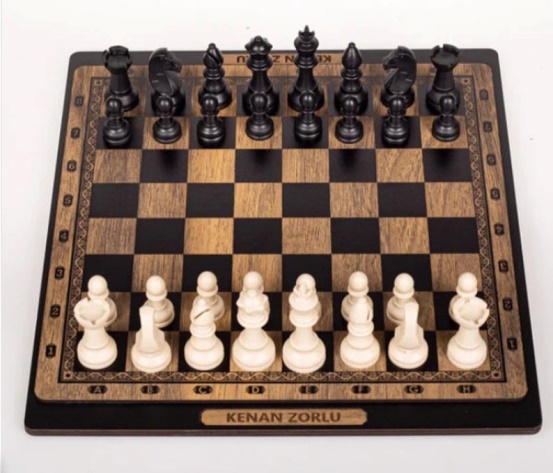 The game of chess, which seems at first sight to have innumerable combinations, is nevertheless strictly limited by immutable laws and rules, within which only the game becomes a possibility and an art. This is analogous to the limitations of time, space and our bodies. The laws are established by the partners of the game, who strictly adhere to them, the pieces follow them blindly, limited by the framework of individual possibilities. Until the game is over partners have the right to fight and the division is into black and white.

The very shape of the chess board, a perfect square, the Pythagorean tetraktys, points to the esoteric origin of the game. The large quadrangle, symbol of the Ka’aba, the philosopher’s stone and the stone of Elagabalus, is divided into a corresponding number of small quadrangles, constituting the field of struggle and life, the kurukshetra, each individual figure embraced and enclosed in the great cosmic plane, in the field of Macroprosopus [Infinitely Patient One] consciousness.

The two-color division symbolizes the fundamental duality of our system, the rhythm of cosmic and biological phenomena; life and death, light and darkness, inertia and action. The figures are symbols of the genetic elements that make up the whole decade. Apart from the king and the queen, these forces are dual, corresponding to the duality of opposites. It is a game of free will (the intentions of the partners) and destiny (limitations on the movements of the

The center of the whole game is the King: the symbol of the spirit. It’s all about him. To prevent his moves, to shut him down, is precisely the end of the game. He can move in all directions, both vertically and horizontally, but only one step at a time. [He is] The most vulnerable and the most powerful.

Right next to the King – the Queen, the symbol of soul and matter. Endowed with infinite possibilities, she moves in all directions, across the entire chessboard, it is as if an instrument of the power and might of the king. The queen’s loss is usually the loss of the match [checkmate].

On both sides of the royal couple — Bishops [right]; a symbol of thought or the higher mind. The symbolism of the moves of the Bishops resembles the path of thought – following the shortest path, diagonally, cutting through the most intricate problems [for the] Soul’s nearest instrument – the Queen.

Differentiated in the human psyche, the world of feelings, the astral world, has always had a horse [the Knight, left] as a symbol. “Riding a steed” and “taming a horse” in esotericism is equivalent to mastering emotional reactions. The movement of those figures is not the harmonious movement of the slackers, but unexpected, bizarre leaps. In the a-logical projection of these emotional imperatives, unpredictable, violent movements deviating from a straight path, instantly crossing the path of this or that figure, threatening from a distance.

The Rook [right] is a symbol of the lower mentality, concrete mentality, moving along the line of the cross, the line of matter, according to the Vedas, which is the fabric of life. These movements are strong, measured, stubborn, smashing with battering rams, heavy and slow.

Pawns – this is the advancement of physical features, this is an arduous, effortful road, without ups and downs, slow evolutionary, relentless, group development. Each of the pawns, however, after reaching the top point on its own line of development – can achieve power, and liberation from limitations. This is an abbreviation of the laws of reincarnation. The pawn per se dies, but by the power of his efforts and perseverance an infinitely higher power arises.

Chess is a three-dimensional game. On a two-dimensional plane, three-dimensional figures move around and sometimes through other figures, especially the Knight, symbol of the feelings and astral body, towards a given goal. The King and Queen are also eternally living symbols of the masculine and feminine elements, playing out their eternal drama, among the colorful parade of powers and psychic energies on the chessboard of life.

(All photos added, not appearing in the original)