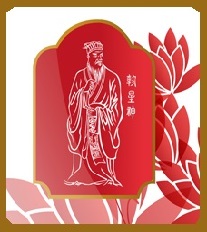 Eastern astrology is little understood in Western nations, yet its various systems are used by the peoples of the majority of the world’s population. When we talk about Eastern astrology, what normally comes to mind for people of the West is the animal sign for the year in which they were born, a feature of the Four Pillars system of Chinese astrology, also known as BaZi. But there is much more to Eastern systems of astrology than the twelve animal signs. Some of the astrologies of the East use elements of Indian astrology, as in the orbits of the planets and Vedic interpretations, as well as other factors about which are only beginning to come into usage in the West. This page serves as a thumbnail introduction to what are actually vast and complicated systems of astrology in some cases. The hyperlinks below each heading take you to books related to the subject matter. 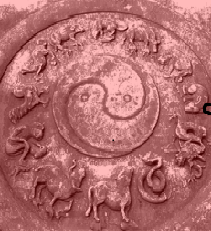 Chinese astrology: To begin, with any study of Chinese astrology, one cannot go past the books of Derek Walters. There are many other fine books, for sure, but Walters is a Chinese scholar and was able to read original manuscripts. That said, when one does an internet search on topics in Eastern astrology, the greatest number of search results go to pages on Chinese astrology. To be sure, Chinese systems of astrology dominate in the East and upwards of 2 billion people use Chinese or very similar astrology. But Chinese astrology is more than the Four Pillars, and most people in the West are only aware of the Year Pillar, or the animal sing for the year in which they were born. There are three other Pillars at least in that system, for the Month, Day and the Hour also, and sometimes even the Minute and Conception Pillars are used. As a brief outline of Chinese astrology, there are the following basic topics:

Ming Shu: The Art and Practice of Chinese Astrology

New I Ching: Discover the Secrets of the Plum Blossom Oracle

Tibetan Astrology: Tibetan astrology encompasses Chinese and Indian (Vedic) astrology. As such, it is a comprehensive system of analysis, involved in every aspect of one’s life – spiritual, geomantic, health, cycles of destiny and so forth.

Burmese Astrology: Burmese astrology is largely derived from Vedic astrology, using the same 12 signs of the Western zodiac, as well as the 27 nakshatras (lunar mansions) of Vedic astrology and the 8 weekday signs.

Be Brilliant Be You

Divine Knowledge: Buddhist Mathematics According to the Anonymous Manual of Mongolian Astrology and Divination

Two other systems worth noting:

The Astrology of I Ching