The Mansions of the Vermillion Bird 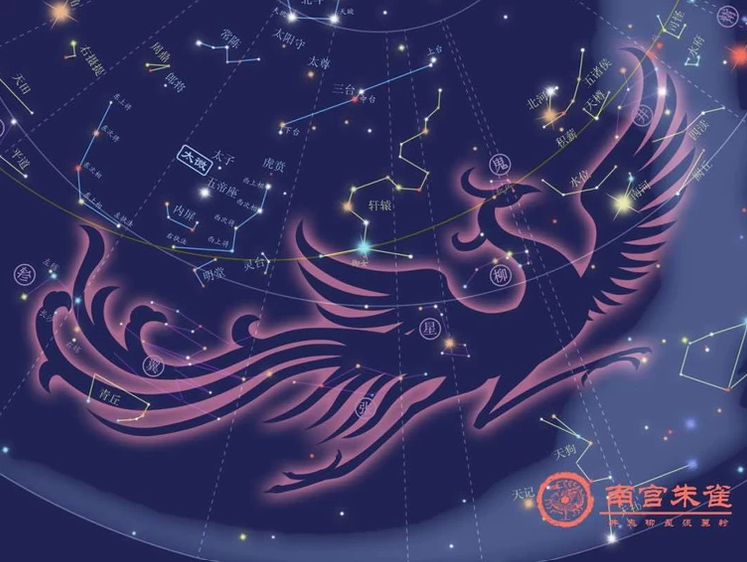 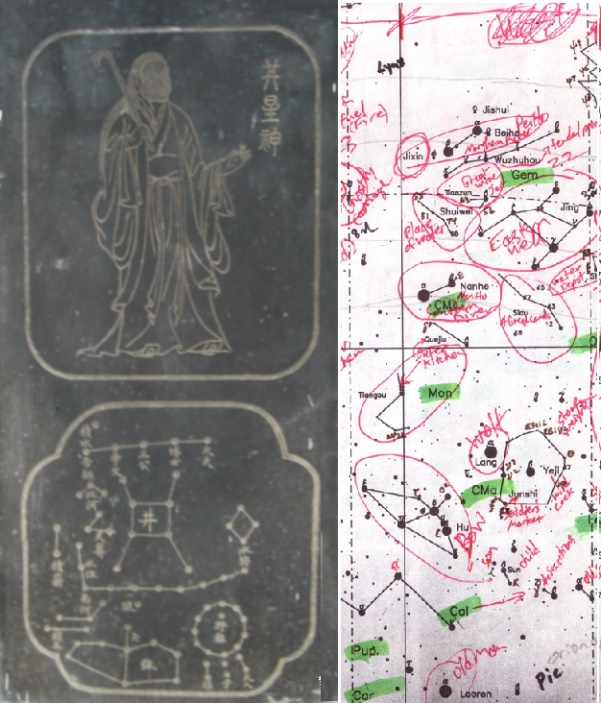 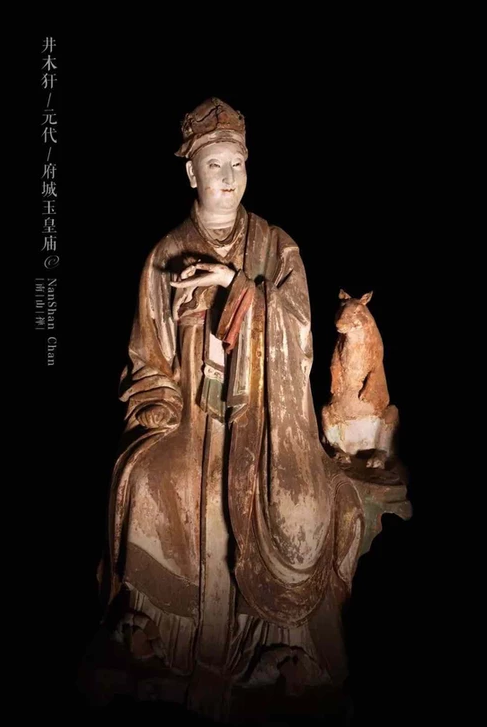 Animal: Tapir. To build today will lead to prosperity in paddy fields and silkworm rearing. The family would be first among the golden list. Every venture would bring success and wealth and many inheritors. Take care in funerals where the dead person died a violent death.

Comments: The widest of all the constellations. Also known as the head of the phoenix. Being called the Well, it presides over cleaning, ablutions, repairs and refurbishments. Cleaning also refers to the cleaning away of crime, expurgations and moral uprightness. It therefore presides over law, regulations and order. It is fortunate to build, open doors, take examinations or raise silkworms. Such efforts accrue great merit. Indistrious labors in the earth will in time bring great riches. It is also fortunate for cattle, sheep and horses, which will grow fat and prosper. Land belonging to widows will increase in value and bring them an income. It is not favorable for putting work to one side, for burials and funerals, which would result in sudden death and epidemics.

From China Fetching: The stars of this mansion formed a pic that looks like a well; therefore, they are in charge of water, food, and drink. People of this Well Wood Pi-dog Mansion are affectionate, humorous, honest, cheerful, active, and talented; sometimes might be lack adaptability. Many of them have strong self-esteem and dual personalities, which made them emotional and unstable from time to time. But they are quite rational in love lives. 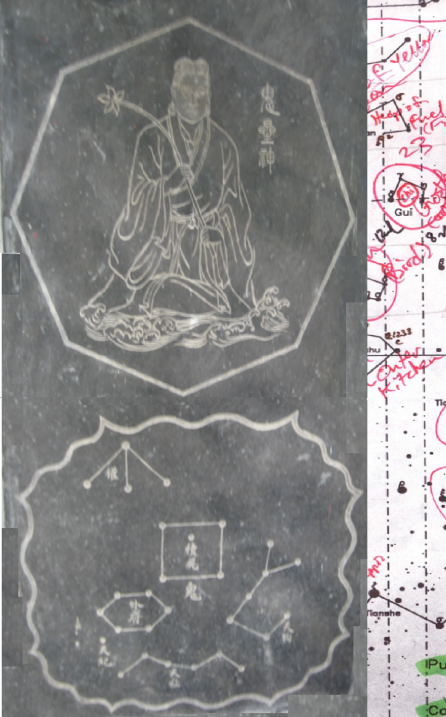 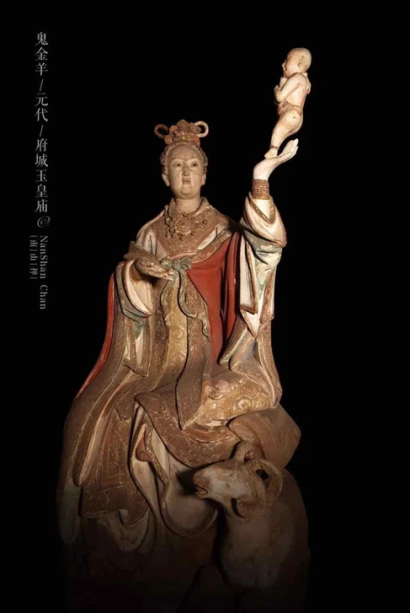 Animal: Sheep. To build today will lead to the disappearance of the master. Funerals will bring advancement but marriages will end with the lady being lonely.

Comments: This constellation cuts the ecliptic, therefore having eclipses occasionally taking place there. It is the Praesepe nebula, resembling ‘a cloud of pollen blown from willow catkins’. It appears like an aura, a place where bodies are piled up. This is the carriage used by ghosts, who can be seen riding in it. It is regarded as presiding ovr departed spirits and by extension, places where men have died on the battlefield. It is also the guardian spirit of of buried treasures, hoarded up in times of war and thus jewels and accumulated wealth.

Doors opened on this day are gateways to disaster, if not death.Marriages will result in women becoming widows longer than wives. Making an enclosure presages the death of a little girl. But obsequies and respect to one’s ancestors or the departed will bring unusual honors to oneself and one’s children.

From China Fetching: This mansion is located on top of Vermilion Bird’s head and is in charge of sacrifice, death, and burial. The people of Ghost Gold Goat Mansion are amiable, righteous, popular, independent, eloquent, straightforward, and outgoing. They would have many good opportunities in life; as long as they could stay rational and persistent, they could seize chances and achieve success. 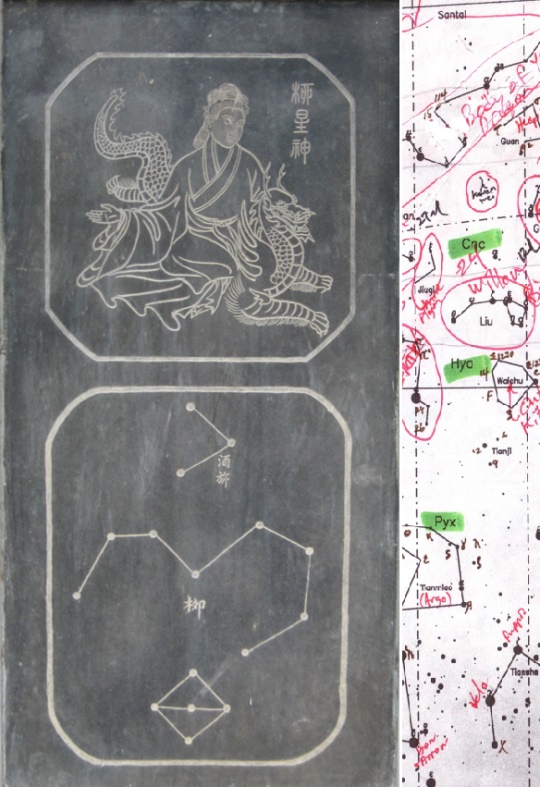 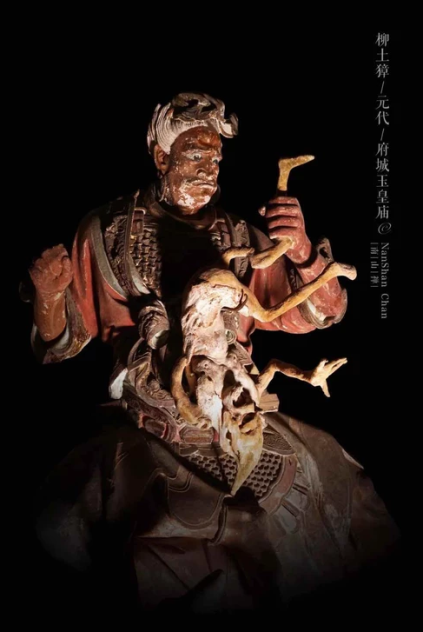 Animal: Buck/Stag. Building on this day leads to legal troubles. Thieves and disasters will endanger the house. Funerals and marriages will be followed by a series of miseries.

Comments: It was regarded as extremely felicitous to plant willow trees, and in regions where willows did not grow, fir trees, a symbol of longevity. Willow plants were also thought to ward off poisons, with willow bark being the original source of aspirin. It was associated with funerals and thus portended tears (‘weeping willow’). Nothing should be undertaken on this day, but the omens also warn against funerals on these days. Faults and harmful actions are followed by discord, illness and ruin.

From China Fetching: The stars of this mansion formed the beak of the Vermilion Bird, hence, they are in charge of food, storehouse, stove, and cooking appliances. People of Willow Earth Water-Deer Mansion are smart, talented, soft, pride; sometimes might be impulsive, irritable, self-centered, and stubborn. If they can stay discreet, and down-to-earth, their diligence would always pay back. 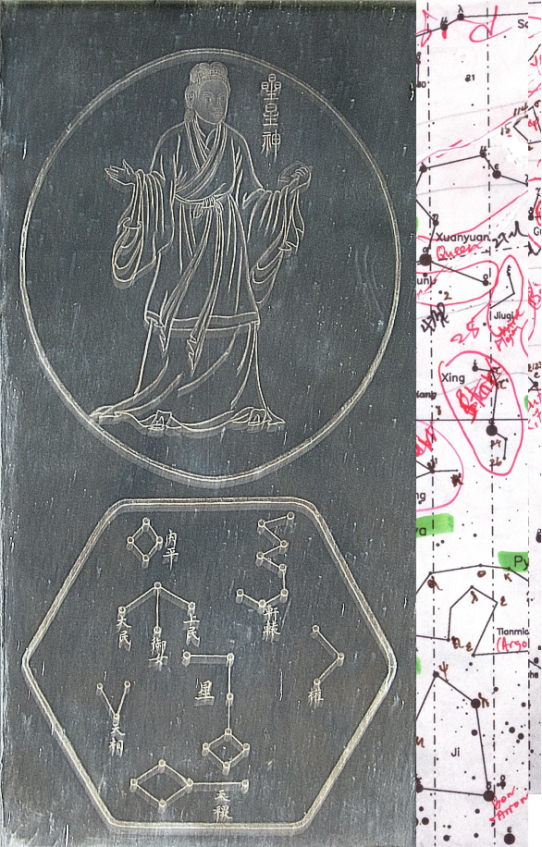 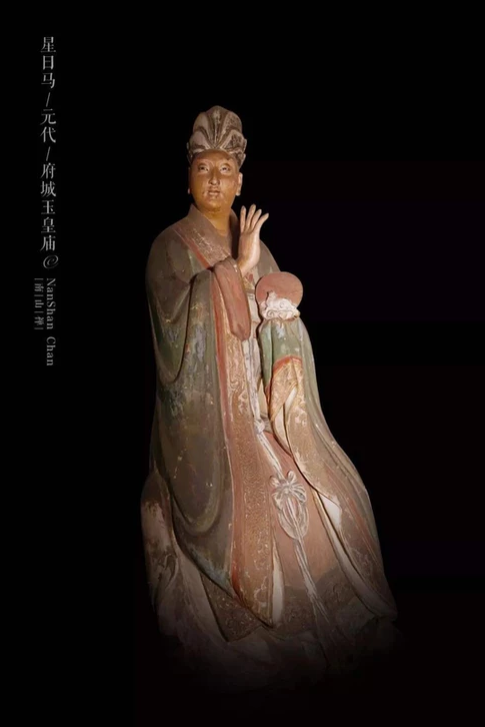 Animal: Horse. Today is good for building houses and prosperity will lead one to the feet of the Emperor. But a funeral or flooding the paddy field will cause the wife to leave the husband for another man.

Comments: The determinative star of this constellation is called the ‘bird star’. Presides over bridges and fords. Because brigands would lie in wait at bridges, it foretold of highway robbery and dangers from attacks on journeys. It is also associated with the trade of dyeing and by extension, with clothing and garments. Building or construction work on these days brings promotion. It brings death and separation for those who bury in these days. For marriages performed on this day, the wife may fall victim to a ravisger. Not even the Star of Confucius can dispel such portents.

From China Fetching: This mansion is in charge of clothes, embroidery, and distinguished men. The representative star of the queen, the Regulus is located there. People of Star Solar Horse Mansion are intelligent, diligent, unstable, proud, fortunate, sometimes have a strong sense of rebellion, and not quite good at socializing. They are freedom worshipers and are suitable for creative jobs. They are emotional sometimes, but usually quite sincere and loyal in love life. 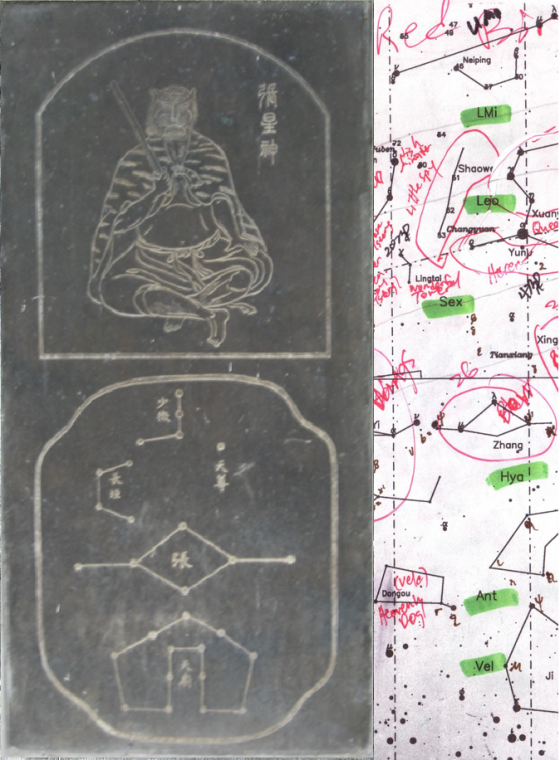 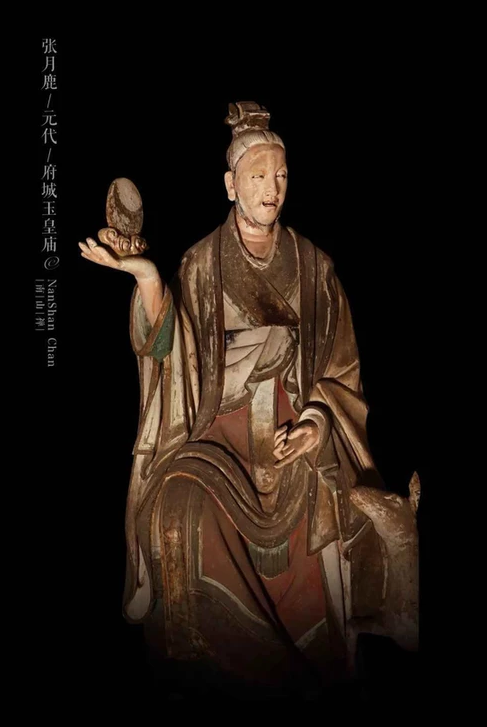 Animal: Deer/Stag. A pavilion built on this day will enable descendants of officials to approach the Emperor. Flooding the paddy fields and funerals will attract money and riches. Marriages will be of unending harmony and happiness.

Comments: The name of the constellation has been taken from the meaning of ‘spreading’, as in casting a fishing net. The symbolism was that of game being collected for feasts. Therefore the constellation indicated festivities. Because presents were given at such occasions, it also portended the receiving of presents. Because there was cooking involved at such events, it presided over kitchens, the preparation of food, and utensils. Right conduct on this day is rewarded, with the offering of riches aftyer a successful career and the flourishing onìf one’s business. It is the sign of happy and harmonious relationships and the acquiring of new property.

From China Fetching: This mansion is located in the part that connects Vermilion Bird’s body and wings, and is the Temple of Heaven that stores valuable treasures. People of Extended Net Lunar Deer Mansion are likable, resourceful, curious, endurance, confident, competitive. They might be extremely fortunate or would encounter many ups and downs. 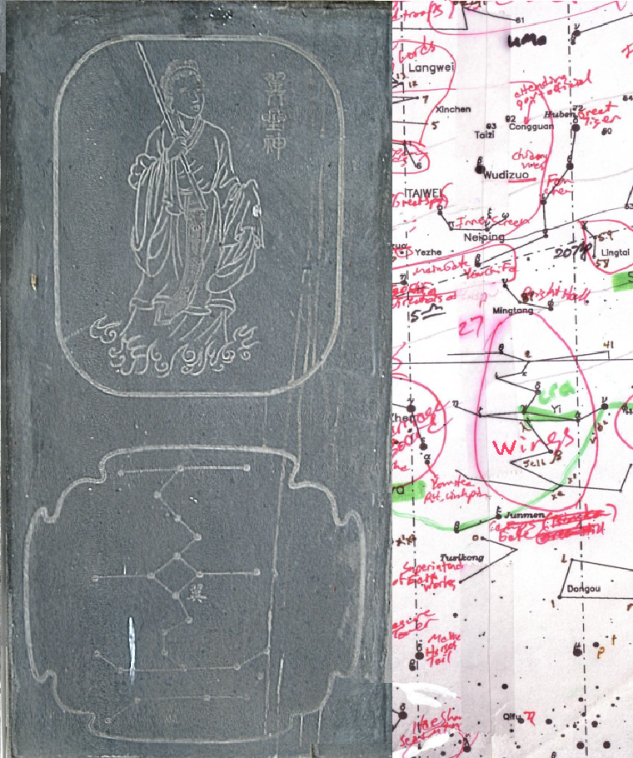 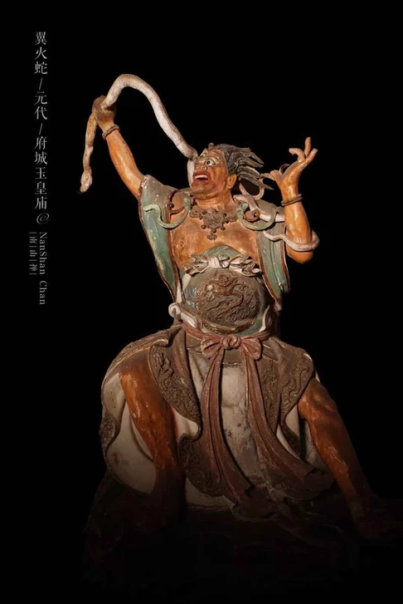 Animal: Snake. Building today will bring successive deaths of the housemasters. Funerals and marriages will not bring properity. Young girls will run from home.

Comments: The constellation represents the wing of the Bird. It has come to be associated with music. The large numbers of clustered stars surrounding the constellation are regarded as representing the members of the Emperor’s family in attendance at the Grand Assembly.

The portents are at odds with the happy celebrations just indicated. The present view is that of continual and chronic illness, calamities befalling the spuses of marriages performed on this day. Those who find work outside of their regions are likely to find their wives in the arms of another upon returning home. The day is also inauspicious for arranging celebrations to one’s ancestors – it presages the child having to leave the country.

From China Fetching: Located on the beautiful wings of Vermilion Bird, this mansion is in charge of the music. People of Wings Fire Snake Mansion are artistic, undisputed, endurance, smart, straightforward, strict, and strong-willed; sometimes easy to offend others by words. They would be more fortunate to settle outside of their hometowns, or abroad. Besides, they are idealistic and rational in love lives; this contradiction sometimes may cause them to miss good opportunities. 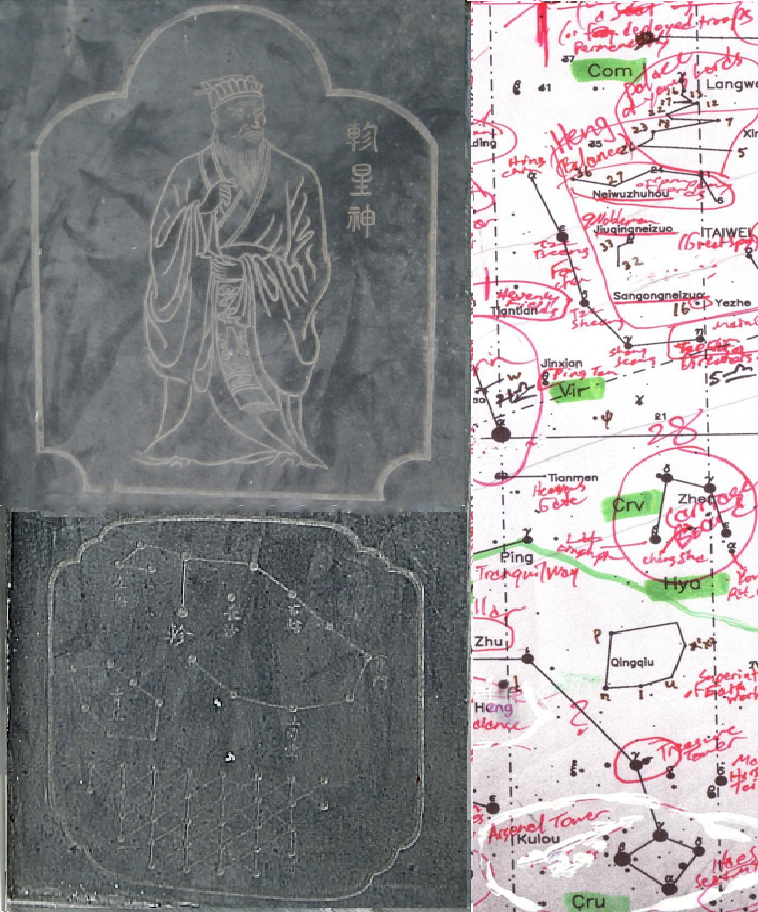 XIU 28, THE CHARIOT BOARD 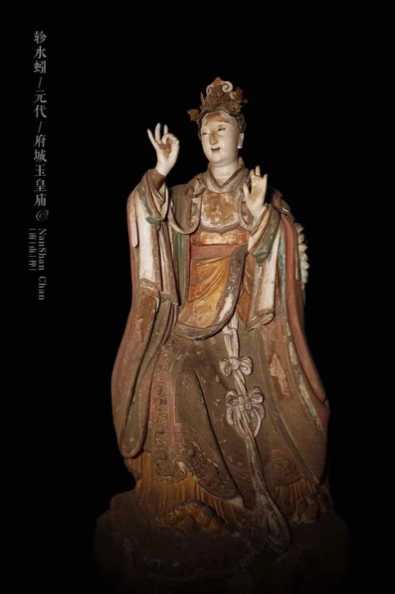 Animal: Worm (silkworm). To build this day would bring promotion. Marriages would receive the Emperor’s blessing. Funerals would brighten the star of the lettered person. Prosperity would be equal to a cart of gold and a mountain of jade.

Comments: The constellation is sometimes called the ‘Celestial Carriage’. It represents the transport of tributes from foreign lands to the Emperor, thus symbolizing the advent of wealth. It also presided over travel and transport in general. Presages events in business which will bring great profit. Whatever is done on this day will bring great rewards. The construction of ‘dragon terraces’ will see the builder attending the functions of high office and the award of riches. Those who arrange funerals for the ancestors will themselves be blessed with a ‘dragon child’ (one of extreme talent and prowess) who will bring glory to his parents. The same fortune is afforded to those who choose to marry on this day. The constellation means official recognition.

From China Fetching: This mansion is in the tail of Vermilion Bird and is the Chariot of Heaven that is in charge of war and death. People of Chariot Water Earthworm Mansion are agile, adaptable, modest, soft, curious, insightful, low profile, and strong-willed. They are suitable, and would be fortunate to settle outside of their hometowns or abroad, and are likely to achieve something big if they could be persistent.