The Mansions of the Green Dragon 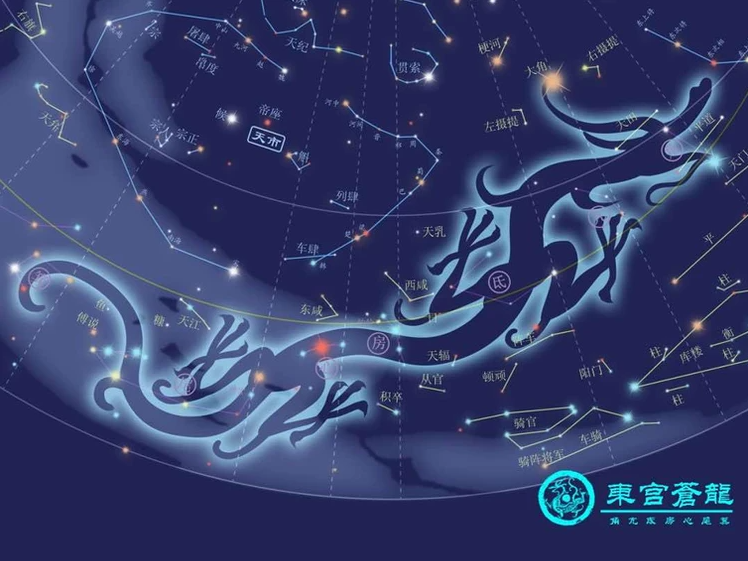 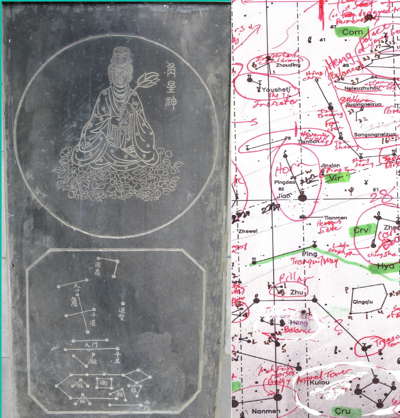 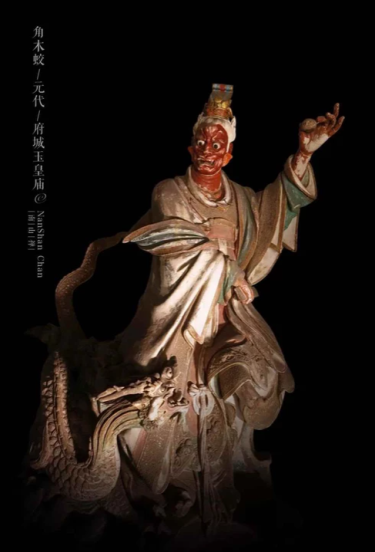 Animal: Scaly Dragon/Crocodile (Associated with rains and floods). Building on this day will bring glory and prosperity. Educated men will be able to approach the Emperor. Marriageson this day give numerous progeny. Repairing a tomb or attending a funeral on this day brings grief.

Deity: A genie that can transfix serpents with his gaze

Comments: The days influenced by this constellation are excellent for construction or buying land. All who marry on this day gain great credit and standing. Calamities and epidemics in the family come within 3 years if funerals are planned on this day. If the Moon occults Spica at a key event, one should hold grave fears.

From China Fetching: The Ecliptic, the orbit of movement of the Seven Celestial Beings goes through two main stars of this mansion. Hence, they are two doors of heaven, and responsible for disseminating of emperor’s reputation, and the beginning of spring. People of Horn Wood Scaly Dragon Mansion are sincere, fortunate, organized, determined; but also possible to become self-centered, stubborn, and impulsive. Their strong minds could help them conquer negative encounters. They are likely to experience some unpleasant setbacks in the early years, but good luck will come in the middle age era and everything would be settled. 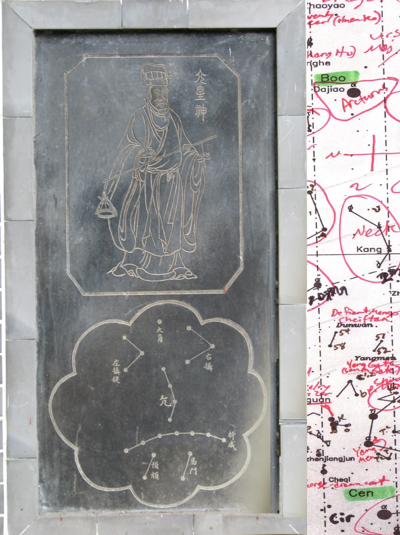 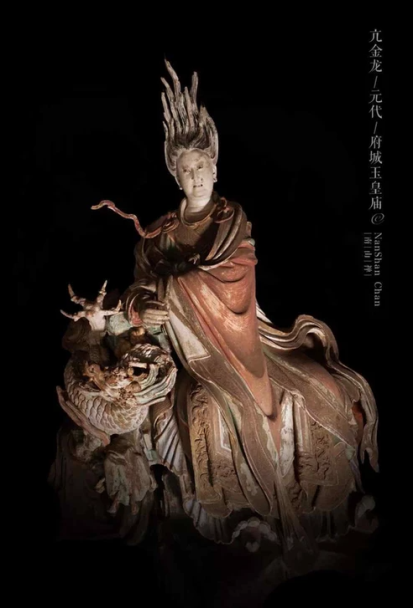 Comments: It presides over judgments and punishments, as well as the release of prisoners and animals. It is also the constellation of illness. It is unlucky to undertake construction on this day. Combats result in disaster. No marriages or funerals. It presages extremes in weather conditions. This mansion has also been called The Outer Temple.

From China Fetching: This is the essence of the Azure Dragon, guarded by the god of wind. The stars of this mansion are in charge of etiquette and health. People of Neck Gold Dragon Mansion are good leaders, persuasive, insightful, elegant, helpful, pride, and impulsive. Many of them might be too discreet in love life. Self-discipline, diligence in the early years, and balance of mind and activity could guarantee a stable, wealthy life. 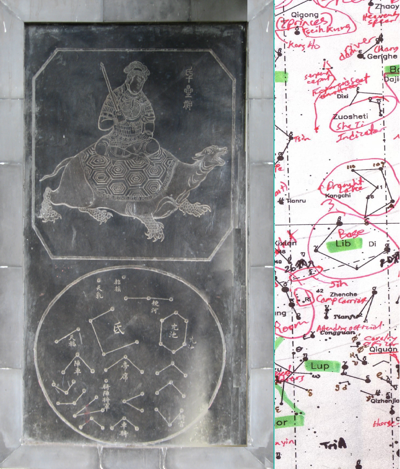 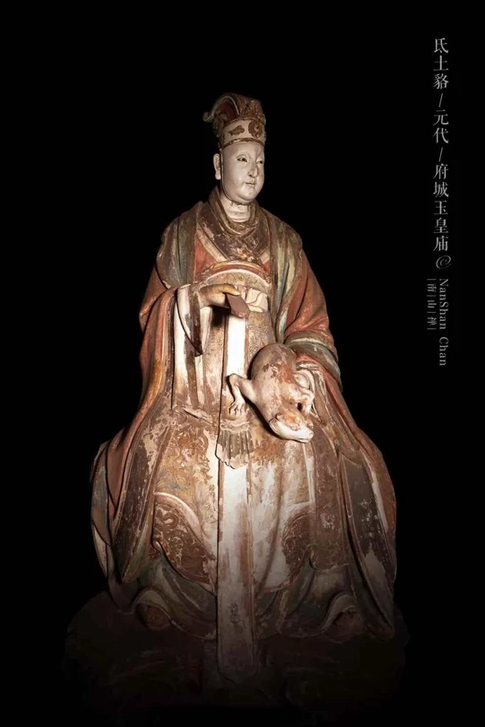 Animal: Marten. One of the Five Seers. To build on this day will be inauspicious enough, and the celebration of marriages will bring endless calamities. Journey by boat will end in shipwreck. Funerals will cause the impoverishment of descendants.

Deity: Has the power to fly through the air and has the secrets of magic recipes.

Comments: Regarded as bringing both sweetness and illness (through damp). Calamities through this mansion are said to be due to failure to observe proper rites. It brings storms.

From China Fetching: Also named the Root of Heaven, which is in charge of imperial women. People of Root Earth Raccoon Dog Mansion are smart strategists, easygoing, ambitious, insightful, and impatient. They are quite able to get help from elders and to achieve success. However, the rebellious spirit inside and extreme pursuing of freedom may cause instability, even setbacks in their late years. 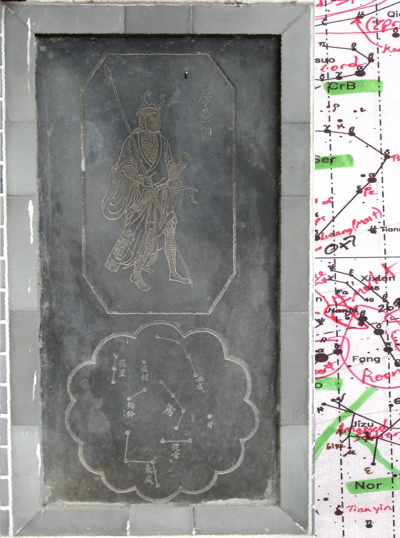 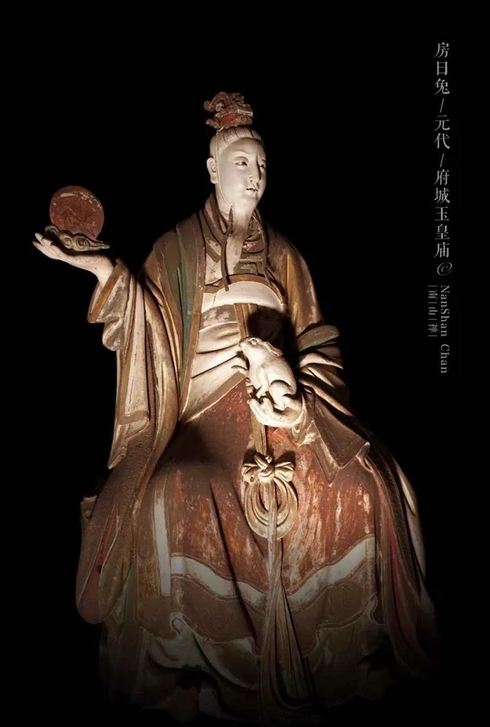 Comments: The opener of that which is closed. Sacrifices and burnt offerings. Building today is very lucky. Luxuries, happiness, longevity and health. Official recognition for the family. General material increase. The Moon: When the Moon is 2-5 degrees below the ecliptic in this mansion, there is calm and peace. When it is north of this, there are many events connected with the yin principle. When it is south of 5 degrees, there is drought and mourning.

From China Fetching: It is the abdomen of the Azure Dragon, where everything dissolves. In some records, it’s also the place that the Great Emperor of Heaven issues policies. People of Room Solar Rabbit Mansion are fortunate, quite likely to be successful or wealthy, easy to meet important benefactors to help them. They are open, straightforward, observant, good looking, but also easy to be capricious. Hence, being down-to-earth, modest, and caring would be good for both career and love life. 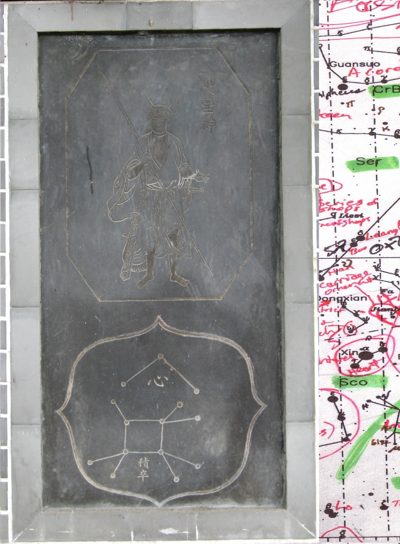 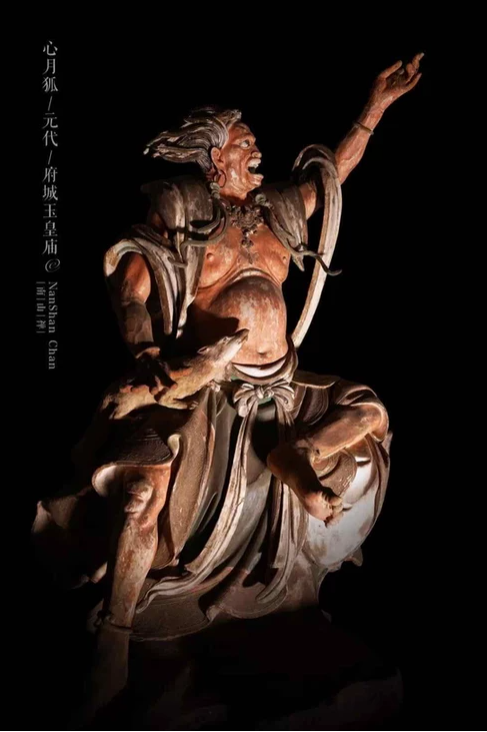 Animal: Fox. One of the Five Feared Animals. To build on this day will be most inauspicious and will lead to ruin, sooner or later. Similarly, burials and marriages will be seen to be disastrous and will assure three years of continuous calamities.

Deity: Sits in the clouds and has the ability to transform peas into soldiers [A great enemy, indeed!] and it is associated with extremely swift movements.

Comments: This is a day of great misfortune and portends disasters and losses. Afflicted children are born to marriages conducted on this day. It indicates property will have to be sold if real estate is bought or addressed on this day. This constellation is the symbol of the Emperor, because man is the heart of Heaven and Earth and the Emperor is the master of man.

From China Fetching: It is also named the Fire of Heaven. The fox guarding in this mansion is believed can bring people romantic relationships, hence, it is also the mansion of love. In some folklores, Wu Zetian (624 — 705), the only female emperor in the history of China, was the incarnation of the Heart Lunar Fox. When Mars moved to and lingering around the main star of this mansion (Antares), in ancient Chinese Astrology, is an omen of big disasters on earth. People of Heart Lunar Fox Mansion are diligent, righteous, strong-willed, smart, active, and suspicious. They are possible to have dual characteristics but most are optimistic and straightforward people. Many of them would leave their hometown and settle in other places; their hard work and talent will bright them good lives and happy families.

Note: There is an obvious mistake in the stone plate. The bottom asterism belongs in Xiu 4. 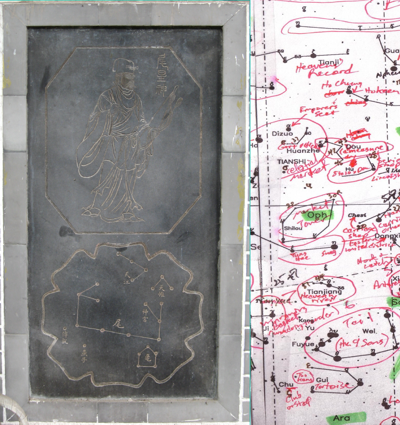 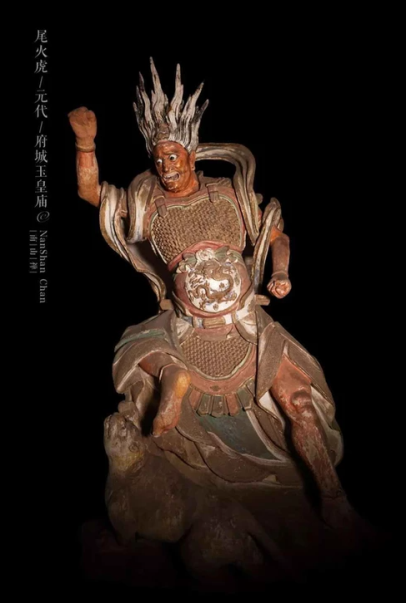 Animal: Tiger. Blessings and numerous progeny will issue from building on this day. Descendants will have prosperity from business undertaken on this day. Marriages and funerals will bring imperial favor from the Capital.

Comments: This is a fortunate day for building and negotiating marriages (which resulted in rich descendants). It denotes the finding of hidden treasure and promotion to high office. Succession, inheritances, the heir-apparent and the women’s apartments where he is brought up. That which separates wood from water.

From China Fetching: The tail of Azure Dragon, the sixth mansion of the eastern section. People of Tail Fire Tiger Mansion are discreet, competitive, fortunate, stubborn, and are rational in love life. If they stay modest, down to earth, pay attention to self-cultivation, and useful advice from outside, they would be easier to obtain happy lives. 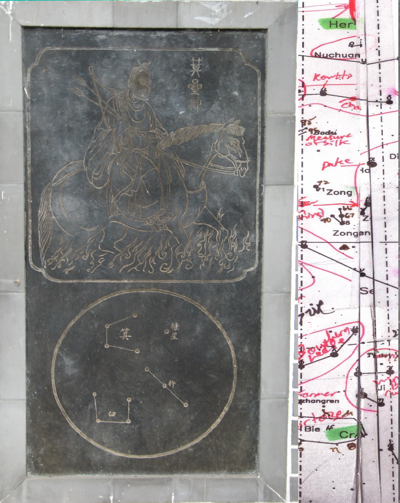 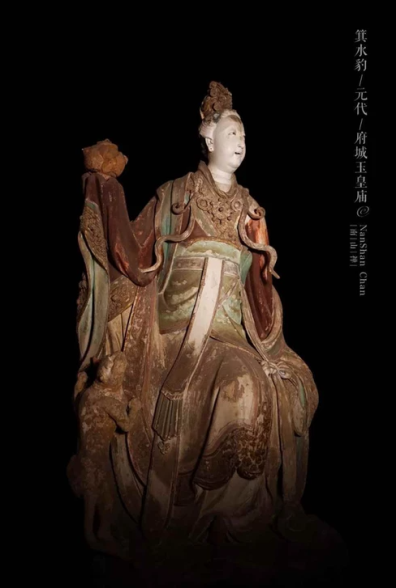 Animal: Leopard. To build today leads to the assurance of power and the beginning of any venture will bring the family great good fortune. Repairing burial places and marriages will be good: coffers will overflow with silver and gold and the storehouses with grains of all kinds.

Comments: There is good fortune for all who take on new projects today. Great rewards ensue. Official honors come from tasks well-presented and carried forward. There will be extraordinary demonstrations of favor. The dead may also be interred with impunity. [Note: The old auspices were unlucky and denoted malicious gossip, harlotry and adultery, slander and malicious rumors.]

From China Fetching: It is the whirlwind caused by the wing of Azure Dragon’s tail. When the main stars of this mansion are extremely bright, it usually predicts the rising of big wind on earth. People of Winnowing-basket Water Leopard Mansion are brave, smart, straightforward, sometimes might be hedonistic or rough. They may experience many ups and downs in life, but could always stay optimistic and strong. Besides, trying to be cooperative, caring, and focused would make life easier and more successful.

Note: Days and zodiacal degrees for the ingress and passage of the Sun into and through each Xiu are taken from 7 Oct 2021. Generated by Solar Fire astrology software, from Esoteric Technologies, Australia. Hat tip to Graham and Steph, the developers, who were kind enough to include the Xiu in their software.